In Search Of The Wow Factor And Unexpected Brilliance 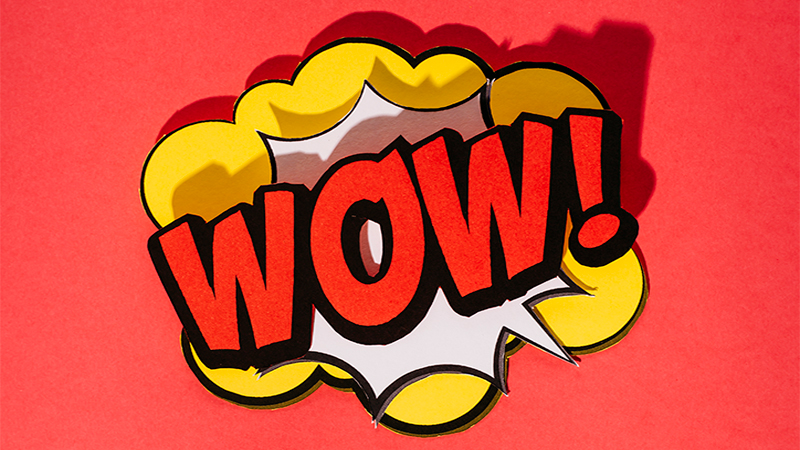 Throughout my working life, I’ve heard tales of the enigmatic WOW FACTOR.

Like some mythological creature, it is sought after – even hunted for. Many have claimed to see it, but few actually in person.

Most of the time I’ve doubted it’s existence. But yet in every creative brief, or project kick-off meeting, it rears its elusive head once more.

“We’re looking for something with WOW factor”.

Now it should go without saying, that everyone engaged in any marketing or engagement enterprise, wants the best possible result.

We want our work to be great. Because great work, works.

And the media landscape is dense and cluttered. With so many brands clamouring for hearts and minds, It’s very difficult for anyone to stand out.

But yet WOW is rare. When was the last time you were generally stunned by an advertisement?

When was the last time you saw marketing that made you stop in your tracks?

Yet we bandy WOW about like it’s just lying around on conference tables.

So why, if we all want this mysterious WOW, does it rarely make an appearance in 99% of marketing, design and communications?

Nothing ventured, nothing gained. But in my experience, most of the folks crying out for WOW are the ones least committed to it.

Yet many of the managers/directors that ask for WOW, are the same ones who want it cheap. And fast. And on-brand. And with unanimous support.

They’re not willing to risk investment, or time, or trust.

Usually they’ll cite another example of WOW – one that was initially laden with risk, but fortunately paid off.

You’ve heard all the usual ones: Apple, Nike, Benetton.

In which case, they’ll try to stand on the shoulders of said example – since those brands already took the risk for them.

So you’ll end up with a tepid, warmed-over version of better, braver work. And just like that we’re back to mediocrity.

Reason 2 – You Are Not Your Audience

If you’re in the business of marketing or communicating anything, it’s probably not to yourself.

You’re probably selling to customers, clients or an audience.

It could be that you’re just like your audience. Perhaps you operate in a very small niche.

Or maybe your audience is broader. Maybe a little older or a lot younger.

Either way it’s them you need to communicate with, not yourself.

In the hallowed echelons of advertising and marketing, there have been individuals who can do both.

Individuals so switched on, their instincts anticipated the needs of their audience.

But that’s probably not you. Otherwise you’d be you-know-who – and you’re not.

So alternatively, you’ll have to think about your audience. What they might like. What they consider to be WOW.

But tellingly, this is the very last thing most people want to do.

So the search for WOW becomes an arduous search for the subjective. A search for “we’ll know it when we see it”.

But what you know, might not be what your audience knows.

On the whole, I think too many are still hung up on the abominable WOW factor.

It harkens back to the advertising Big Idea. The Knock-Out Punch.

But how we communicate with consumers and audiences has changed.

Your audience is used to Big Ideas by now. They can probably see a Knock-Out Punch coming a mile away, now. And they’ll probably duck.

This happens when marketing tries too hard. Instead of doing the hard work.

The hard work is joining the dots. Getting interested in the people we want to serve.

Build values around that something. Talk about it in a considered and authentic way.

Embody those values at every level, again and again.

And do this every day until… Wow.