What Brands Can Learn from Tupac 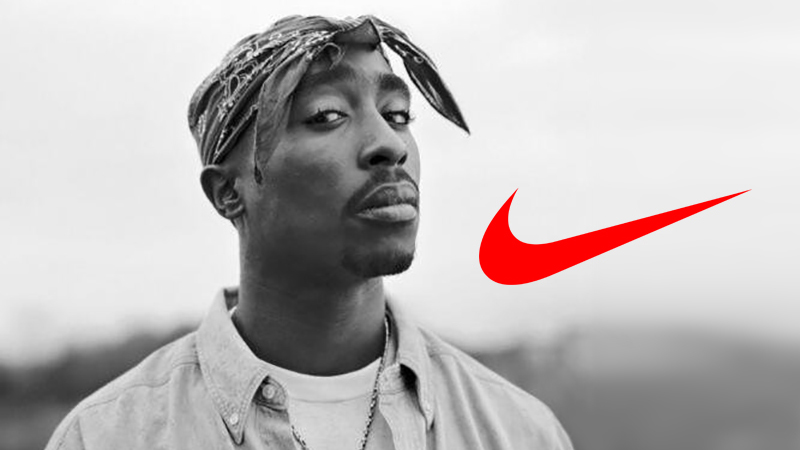 If you had to personify a brand with a rap/hip hop artist, which would you choose and why? For example, which rapper (living or deceased) would be ‘most like’ Nike?

But in reality Nike, and many other truly successful brands are in essence much more like another rap legend, Tupac Shakur (otherwise known as 2Pac).

Now Tupac was a far more controversial artist than those featured above. He didn’t sell as many records as Jay Z, his albums weren’t as positively lauded as Drake, and he didn’t spin off as many lucrative ventures as Diddy. Tupac’s public image was tumultuous to say the least, and his career was littered with legal and personal problems.

But in essence Tupac best exemplifies what a brand is, and should be.

For a true brand is for someone, not everyone.

We can safely assume some singles were designed to be radio-friendly with mass appeal (“I Get Around”, “California Love”, “Changes”), but his consistent and overriding narratives of black nationalism, community, gangsterism, sex and death are still a world away from Drake’s oeuvre.

Like him or not, Tupac stood for something. And this stand cemented his status as a cultural icon.

When Nike stepped up and in a shrewd marketing move, boldly chose Colin Kaepernick as the face of it’s now-iconic campaign, it left many mouths agape.

Colin’s brave protest, kneeling during the national anthem at an NFL game to raise the issue of police brutality in black communities, irked much of Nike’s American market.

In fact 53 percent of Americans said it was ‘never appropriate’ to kneel during the national anthem. More than half. Why would Nike alienate such a large part of their customer base?

Stand for Something or Fall for Anything

Simply put, Nike was never for them. They just didn’t realise it. Like it or not, Nike stood for something.

Some might argue that the move was calculated or disingenuous – a cynical move to capitalise on a moment. But if that’s the case, why haven’t other brands done the same?

So many times I’ve asked clients who their brand is for, and they quickly reply with something like ‘whoever will pay for it’. But this isn’t how effective brand marketing works, and is somewhat missing the mark.

Instead of demographics (all the people who live in America, and wear shoes), consider it a case of psychographics (the people who share our values, and believe what we believe).

Nike is about early-adopters, people who want to inspire and change culture, human potential and innovation. The new ways, not the old ones.

Though Nike and Tupac are immensely popular, they’re actually targeted at very specific groups. It’s risky, but that’s what makes them special. That’s what creates unwavering loyalty and trust. Because we see them standing for us.

It’s OK that some people don’t like them. Because they never intended for that anyway.

What do you stand for?

P.S. If you need help finding out, give me a call.