Designing The Fight Against Racism 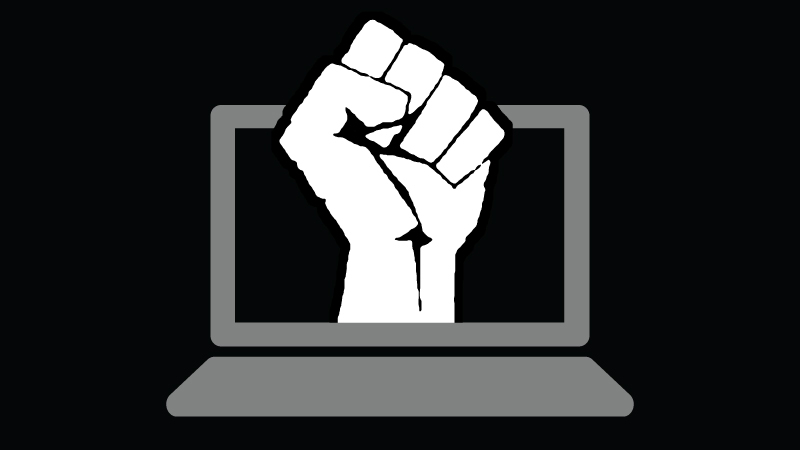 Against a backdrop of COVID-19, civil protests and economic turmoil, the world continues to grapple with it’s legacy of institutional racism.

But even with a groundswell of support and positive intentions behind Black Lives Matter, meaningful solutions and pathways forward have proved elusive.

And as many have already pointed out, it is not enough to just be ‘not’ racist. That presupposes that racism is comprised of behaviour. That it is something to do, or not do.

However, human behaviour is just a manifestation of our internal belief and values. Like statues, it is but a symptom of an underlying disease.

The disease is structural, and omnipresent. It is present in housing, in politics, in sport. It’s present is even felt on supermarket shelves.

So in order to tackle the disease, the battle for equality must be fought on several fronts, simultaneously.

The reason racism has endured for so long after the end of slavery, is the same reason it was so widely accepted in the first place: marketing.

And the ideology of race – the idea – is not something inherent in human societies. In the ancient world while many civilisations were tribal in nature, these histories are full of relationships with other cultures.

But the ideology of an entire race being somehow inferior, and deserving of subordination is a concept born of the African slave trade.

For the early days of slavery presented a moral conundrum for it’s practitioners in Europe and England. In a fervently Christian Western world, how can such inhumanity, visited on innocent souls, be permissible?

How could entire societies sanction such barbarity on an industrial scale? Some tremendous justification was needed, and it was created with ‘the doctrine of inherent black inferiority’.

This idea was rooted in the claim that black Africans were inherently subhuman. A lesser species. And as such, could not be considered as equal to whites.

And in this act, slavery became more than permissible – it became a moral obligation. For the aforementioned innocent souls, effectively had the very notion of their souls removed.

As stated by The Bishop of Rochester in the British House of Lords, 1799:

“No group of men is able systematically to subordinate or deprive another group of men without appeal to a body of values which makes the exploitation, and disprivilege, the expropriation, and degradation of human beings a ‘moral’ act… Racial ideologies have the function of  defining the subordinate people as ‘lesser men’ or ‘non-men’, or ‘expendable men’. They thus provide the rationale for the activities or deprivation and heal the breach in the value system.”1

And so the seed of racism was sold, marketed, and propagated with such ferocity, it not only provided a clear conscience for the trafficking of an estimated 13 million people, but it’s ideology continues to plague their descendants today.

Diamonds (And Racism) Are Forever

If the 1930s, it was not common to propose to your loved one with a diamond ring. Not only was it not common, diamonds weren’t particularly rare or valuable.

These facts were overly apparent to the De Beers Consolidated Mines company, a cartel of British businesses operating diamond mines in South Africa since the late 1800s.

In fact, the diamond market was saturated, and losing value.

In order to maintain the value of their investment, De Beers had two objectives – monopolise and stabilise the market.

This was only possible with the creation of a certain fiction – that rather than being plentiful and common, diamonds were instead rare and valuable. And in 1938, they hired Philadelphia ad agency N.W. Ayer to realise these goals.

What follows is a masterclass in marketing. To achieve this fiction, the agency employed a variety of methods, from advertising and influencers, to brand activation, culminating in perhaps the greatest slogan of all time – “diamonds are forever”.

The result of this campaign, saw diamond sales increase by 55% in four years. Beyond that, the notion of the diamond as a priceless symbol of romance, status and prestige is unshakeable even today.

All from just four years of marketing.

So what would impact would four hundred years of marketing have?

For racism itself is perhaps the most insidious and widespread campaign ever devised. One that has pervaded every facet of society, from church, to school, from politics to culture.

The sheer scale of racism – a blight that runs far deeper than individual behaviour or societal trends – offers insight as to why dismantling it is so arduous.

So much of the very fabric of our society is woven with it, to unpick a single thread is to unravel the whole body.

And the idea that a mere 60 years in the battle for civil rights in the US and the UK, can undo centuries of racist propaganda is evidently unrealistic.

But the fight must continue. As racist ideologies were themselves marketed, we designers can use our skills in the marketing of anti racist ones.

By our nature, we creatives are problem solvers. Our job is not to design objects or materials, it is to facilitate the realisation of an objective.

We are marketeers – we connect people to services, products and most importantly ideas. Design is our methodology, whether that be Graphic, Product or UX Design.

But our skills do not need to solely exist in the remit of commerce. Of paying clients and agencies. Of waiting for the ideal design brief to materialise.

Instead, let’s consider society itself as the ultimate client. And a better society as, the ultimate objective. What briefs would we set for ourselves?

‘Soft power’ is defined as “a persuasive approach to international relations, typically involving the use of economic or cultural influence”. This works in contrast to ‘hard power’, which is coercive.

And it is in this idea of ‘persuasion’, that design can be effective in this ongoing fight against inequality.

As the ideology of racism has been aggressively reaffirmed throughout media, culture, and art for so long, we must use these same platforms to unseat it.

We must use every opportunity, every medium we have access to, in challenging racist values, stereotypes and narratives.

This soft power will not eradicate racism. It offers no structural change. It will dismantle no institutions.

But it can make for ideal conditions to precipitate change. It is like preparing soil for toiling, in order to grow something better.

Earlier this month, I designed a poster in tribute of George Floyd, which ran across billboards in London courtesy of media agency Brotherhood Media.

In response to the public reaction to the poster, and the gathering momentum of Black Lives Matter, myself and the agency have extended this idea into an ongoing initiative, called Black Outdoor Art (search #blackoutdoorart).

We’re repurposing unused billboards, as a platform for artists and designers from the Black British community to display their art in reflection of the movement.

To positively express our own stories and perspectives, keep the discussions going, and shape our own narratives.

My intention is to creatively display the breadth of our experiences. To show the full range of our expression and humanity.

Perhaps overly lofty goals for a medium of outdoor communication we barely register. But goals I strive for nonetheless.

A Battle On All Fronts

As creatives and marketers, how we might employ design in such a social context within our own lives, will depend on how much influence we can exert.

But here are a few ways we can continue the battle against racism, using the same methods that enabled it to endure.

Let’s look within our communities, see what challenges are being faced on a local level, and if we can contribute our skills towards tackling them.

As creatives, we regularly employ empathy and imagination to divine ways to reach audiences.

Social design entrepreneurship could involve helping with materials for an initiative or protest, or just offering strategic advice in marketing a message.

It could be to design a product that raises money for either a cause or an underfunded service, or to establish a business that creates positive social impact.

Here’s an example of how a bootleg t-shirt raised over 100k for the NHS, during the coronavirus pandemic.

Let’s apply design thinking to creating and building our networks. To forge safe spaces to share, collaborate and support.

This could take the form of a Zoom chat, a meetup or a podcast. It could be an online database, or a digital magazine.

By nurturing and leveraging our networks, we increase our capability and resources.

Here’s an example of how digital news publication Blavity went from a lunch room table, to a $6.5 million in funding with Google Ventures.

Let’s push for images in advertising that not only represents the diversity already present in our society, but the society we aspire to be.

From how we use stock images in ad campaigns, to commissioning shoots, this is more than ticking a box. It is the rehabilitation of our collective self-image.

And far from an empty capitulation to political correctness, it’s also good for business. Here’s a study on how diversity in ads correlates to gains in revenue, and brand perception.

These acts are small, and perhaps insignificant to the magnitude of the problem.

And we must not confuse the artefacts of racism, with the structural inequity that powers it.

Pulling down a statue or removing an image will not remove the inhumanity that created it.

But as said by playwright, historian and socialist Howard Zinn:

“Small acts, when multiplied by millions of people, can transform the world.”